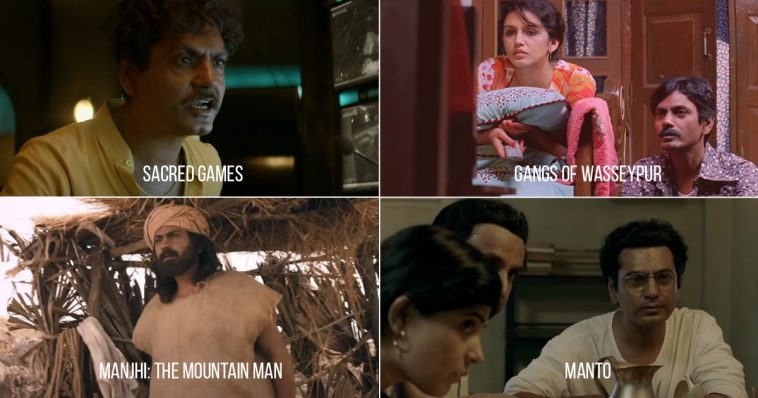 Nawazuddin Siddiqui is one of the biggest names in the Bollywood industry, with over fifty films under his belt he is one of the stars who is known for his acting ability within and beyond India. He first learned his acting at the National School of Drama and started his acting career with only small roles which he was offered in low budget films. One of the films which can be considered his big break would be the Amir khan blockbuster, Sarfarosh, which was released back in 1999 where he played the role of a local criminal who gets arrested and interrogated after a raid at the Victoria House.

Let us now head straight to the list of best movies and some of the amazing web series of Nawazuddin Siddiqui.

An honest cop finds that the past of a gang boss is linked with his own and a cryptic cautionary from him sends thee cop on a mission to save Mumbai from cataclysm. Sacred Games has two parts.

This is a chronicle style film series set in Dhanbad and supposedly, was based on a true story regarding the coal mafia which was present in the area. Nawazuddin Siddiqui performs in the role of the second son of a gangster who takes after his father’s mantle after his assassination. The movie has two parts.

The story revolves around a pregnant woman Vidya Bagchi, who comes to Kolkata to find her missing husband by herself and stays alone in a guesthouse. Nawazuddin plays a short-tempered police officer in the film who is given charge on this case and he suspects that something is wrong from the start.

This film’s story is based on the life of Dashrat Manjhi, who lived the life of poor labour in the Gehlaur village near Gaya in Bihar. The story shows how the man worked continuously for over 22 years to carve 30 feet wide, 25 feet deep and 360 feet long pathway through a mountain using only a hammer and chisel.

The film was released in 2013 and featured some of the biggest names in the Bollywood industry. Although the story revolves around the protagonists Irrfan Khan and Nimrat Kaur, Nawazuddin plays an important role in Irrfan’s well meaning but a slightly competitive colleague.

An innocent and simple man breaks his shackles and turns into a violent monster seeking revenge for his family from one of the perpetrators who escaped after killing them.

This film is based on the true story of Raman Raghav, a serial killer who had haunted the people living on streets in Mumbai during the ’60s. The twist given by the director Anurag Kashyap was that the police officer shown in the film is also shown as quite a basketcase himself.

Nawazuddin plays a local reporter in the films who possess great empathy for the farmers who were resorting to suicide in this sensitive film released in 2010.

The story revolves around a paparazzi who accepts a job to find out if Manorama’s (the protagonist) husband has an illegitimate affair or not. He shows gullibility and accepts the job only to find out he is also being tricked.

This is a biographical film portraying the story of writer Saadat Hasan Manto, in 1940s India.

This ends the list of top movies and web series by Nawazuddin Siddiqui. Let us know in comments below if you have any more suggestions. 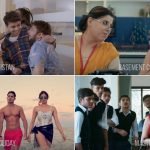 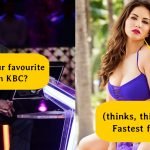