Actor Mohit Baghel renowned for his role as Amar Chaudhary in Superstar Salman Khan’s movie Ready dies of cancer on Saturday morning in his hometown Mathura, Uttar Pradesh. This news was confirmed by writer and director Raaj Shaandilya who took to Twitter and wrote a heartbroken message.

Mohit Bagel(26 y/o) was born 7 June 1993 in Mathura. He did his schooling from St. Paul Sr. Sec.School, Mathura. The actor has taken an area within the hearts of viewers together with his comedy and mind-blowing acting skills. He made his appearance with the comedy reality show “Chhote Miyan” which was aired on colors channel.

Mohit Bagel has appeared in numerous reality shows and many Bollywood films. The actor made his debut in Bollywood with the film Ready in 2011, where he shared the screen space with Bollywood Superstar Salman Khan. He is best known for his amazing performance in the movie Ready as Junior Amar Chaudhary.

Some of the movies he worked in:

The Jabariya Jodi Actress Parineeti Chopra also expressed her condolence on Twitter and wrote, “One of the nicest people to work with! Happy, positive and motivated always. Love you Mohit. RIP“ 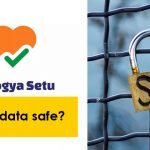 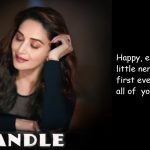